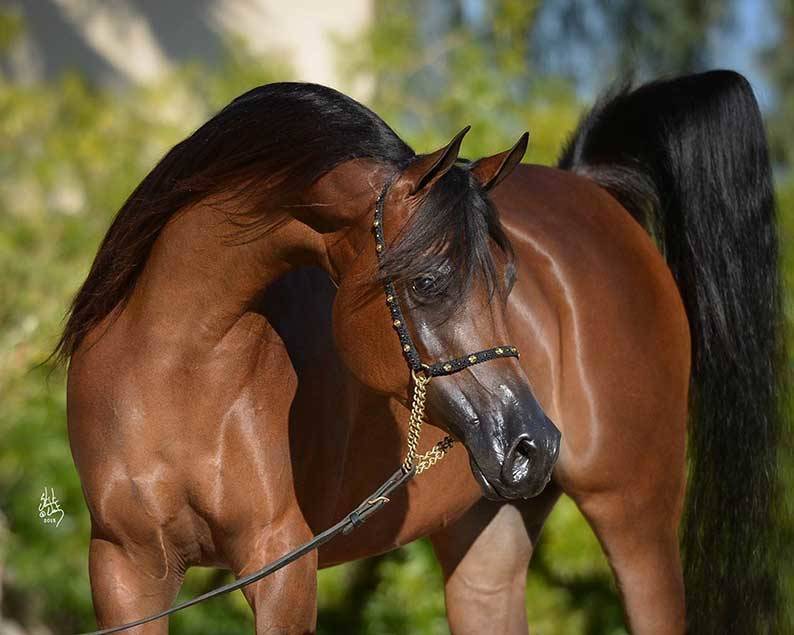 Holding the importance of the Arabian horse legacy and his countries heritage close to heart, in 2010 H.H. Sheikh Mohammed began to meld the performance attributes he treasured with the sheer beauty of the breed by expanded into the Arabian show horse world. He carefully selected the best broodmares he could find - well-bred horses from the USA, Spain, Brazil, Poland, and Egypt

He also chose young show prospects that have in only a short period of time brought great success to the stud. Although H.H. Sheikh Mohammed values to importance of fillies greatly as they are the foundations of the future, he also invested into several young stallions that now stand at public stud and are a big part of the Al Shahania Stud Arabian show horse breeding program.