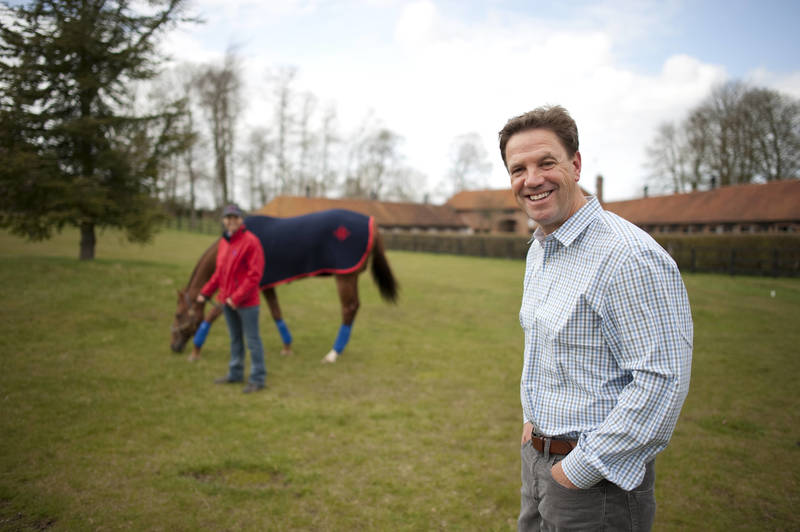 Graham Motion was born in Cambridge, England in May 1964 and raised at Newmarket’s Herringswell Manor Stud which was operated by his parents Michael and Jo. Michael was an international bloodstock agent and North American representative for Tattersalls. Jo rode as an amateur in England before becoming an assistant trainer in the United States.

After graduating from Kent School in Conneticut, Graham began working for Hall of Fame trainer Jonathan Sheppard. This was followed by time with trainer Jonathan Pease in Chantilly, France. It was there that Graham met his future wife Anita (nee Hall), who was working at the time for Alain de Royer-Dupre.

Returning to the United States in 1990, Graham went to work as assistant to Bernard (Bernie) P. Bond at Laurel Park in Maryland. On Bernie’s death in 1993, two of Bond’s owners elected to leave their horses with Graham, who subsequently took out his trainer’s license. He called his operation Herringswell Stables after his childhood home.

Among the many highlights in the years since have been more Breeders’ Cup victories – Shared Account in the Filly & Mare Turf in 2010 and Main Sequence in the 2014 Breeders’ Cup Turf. In 2011, Graham’s name was recorded in the history books as the trainer of a Kentucky Derby winner when Animal Kingdom stormed down the Churchill Downs stretch to win the 137th renewal of America’s premier race. Two years later, Animal Kingdom added more lustre to his trainer’s resume with a win in the Dubai World Cup. As of the beginning of 2018, Graham has celebrated over 2,200 victories, with purses earned in excess of $115 (120) million.

Graham and Anita serve on many charitable organizations including Thoroughbred Charities of America, Thoroughbred Aftercare Alliance, National Museum of Racing and TERF.

Graham is also an active member of the Maryland Thoroughbred Horsemen’s Association and is a director on the Fair Hill Training Center Board.