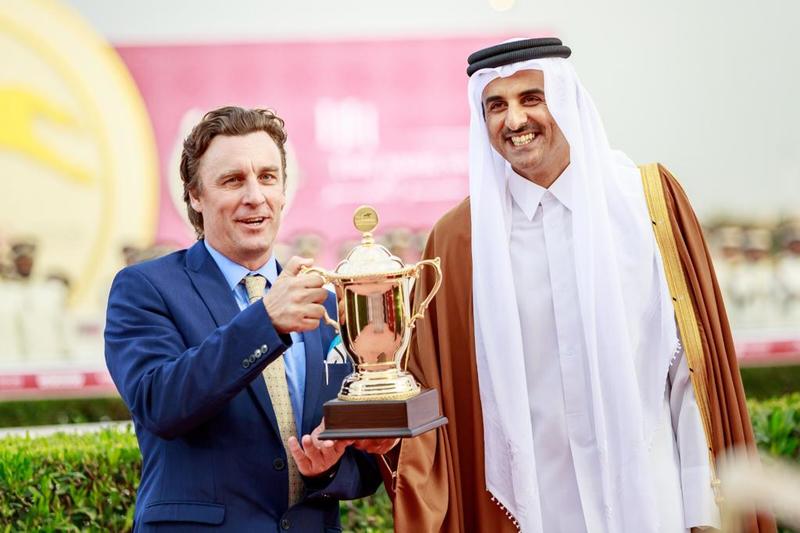 Julian Smart was born and lived in the UK until 1989 when his parents migrated to Canada. A young student, he was approached by Roger Hoffort, the previous owner of the house his family then bought, who offered him to help take care of his Arabian racehorses for the summer.

Julian was hooked and quickly learned his way around the horses, eventually training Roger’s horses. One thing led to another and the next natural step was to campaign these horses against the ‘big boys’ in California, this move was successful and the news of ‘the Canadian invasion’ travelled to the ears of H.H. Sheikh Tahnoon Bin Zayed. After an auspicious meeting, it was decided that H.H. would rent two of Roger Hoffort’s horses, as well as hire Julian!

Upon the closing of Sheikh Sultan bin Zayed’s stables in 2006, Julian went to Oman where he trained at the Royal Cavalry of Oman.

August 2009 marked a new chapter in Julian’s career started training under the colours of H.H. Sheikh Mohamed bin Khalifa Al Thani. He got off to a flying start, as Jaafer won the Dubai Kahayla Classic Gr.1 that first season.

Successes didn’t stall, as he went on to win 7 HH The Amir Sword Gr.1 and 4 Qatar Arabian World Cup Gr.1 to cite a few.