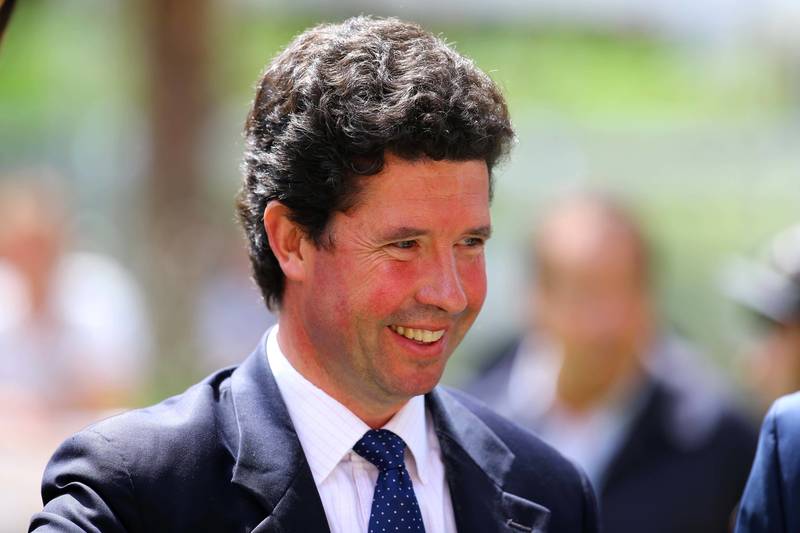 Mikel Delzangles was born in Biarritz, Southwest of France, in 1971. His parents were not involved in the racing industry yet his godmother is the Marquesa Sol de Moratalla, a major owner-breeder in France and Great Britain. It is with her encouragements that the teenaged Mikel started riding out for a local trainer and gained his first professional experience. Back to France, he spent ten years working as assistant to Alain de Royer-Dupré before starting up on his own in November 2000, with ten horses in his care.

2006 saw Mikel Delzangles take another step up as he won the Gr.1 Prix Ganay with Corre Caminos, again for the Marquesa de Moratalla. Such a quick rise to the top did not go unnoticed, and at the end of 2007, the Aga Khan Studs sent him a first batch of juveniles. Among them was Shalanaya, who scored in the Gr.1 Prix de l’Opéra in 2009.

In 2010, the roaring pace of Mikel Delzangles’ ascension became truly frantic. He first made a dramatic entry in the elite group of Classic trainers when winning the 2000 Guineas with Makfi, a horse he had purchased for 26,000 gns as a back-end two-year-old. The son of Dubawi followed up with a splendid victory in the Prix Jacques le Marois, holding off the “Queen” Goldikova.

Then at the end of the season, as Richard Gibson decided to sell his Chantilly operation and move to Hong Kong, Delzangles was not afraid of buying the yard and taking over most of the horses. Among the ex-Gibson horses was Dunaden. Dunaden’s first start for Delzangles, in April 2011, resulted in the horse’s first Group victory, in the Gr.3 Prix de Barbeville before securing the Gr.1 Melbourne Cup in a thrilling finish and then the Gr.1 Hong Kong Vase.

Delzangles trained the Champion 2yo filly Flotilla for Al Shahania, as well as What a name, 2nd in the Gr.1 Prix Jean-Luc Lagardère.