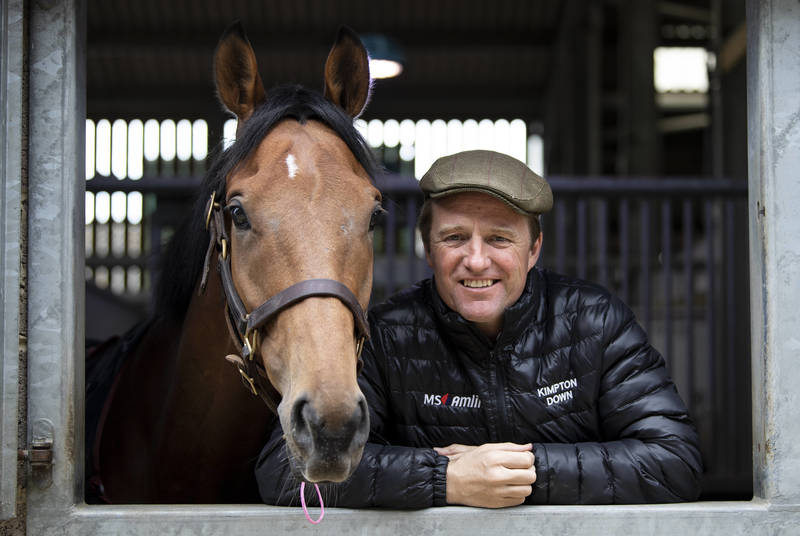 Ralph started as stable lad in 1989, spending a year in Australia working for Colin Hayes and others. He then did two seasons with Jimmy Fitzgerald, a summer in Belmont, New York, and two and a half years with Arthur Moore. After a season with Martin Pipe, he went to work for Peter Walwyn as his assistant in 1996.

Ralph took over from Peter in 2000, training 105 winners from Windsor House in Lambourn. Whitsbury Manor’s Landlord Chris Harper asked him to go there for the 2006 season, replacing David Elsworth. Look Here won the 2008 Oaks, becoming the first and only classic winner trained at Whitsbury. Muhannak won the Breeders’ Cup Marathon in the same year. In all, Ralph sent out 245 winners during his stint there.

Ralph started negotiating to buy Kimpton Down from Toby Balding and his son-in-law Jonathan Geake in 2010. This was completed in time to move for the start of 2011. In all, Ralph has trained 520 winners from Kimpton to the end of 2017. His best result being a 1-2 in the 2013 Oaks with Talent and Secret Gesture. Simple Verse won the 2015 St Leger, becoming the first filly to do so since User Friendly in 1992.

Ralph has trained some nice horses for Al Shahania, such as Honor Bound or Desert Haze.