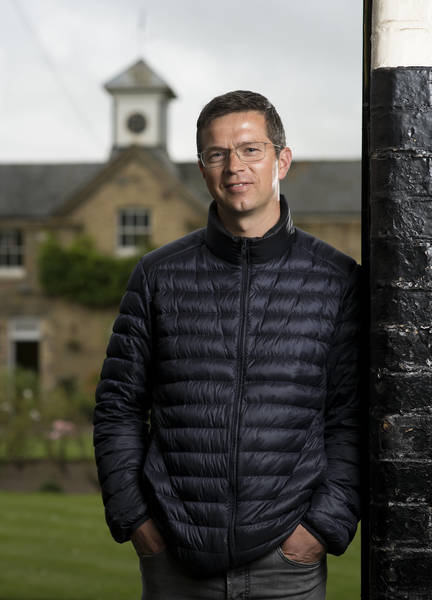 Roger Varian is a Classic-winning racehorse trainer with 14 Group One victories to his name. In terms of pedigree, Roger does not hail from a racing background but he enjoyed watching the sport as a child. At the age of 13, he began to ride-out point-to-pointers for Alan and Lawney Hill and subsequently set his heart on becoming a National Hunt jockey having been well and truly captivated by the sport.

Now in his eighth season with a license, Roger has made an immediate impact on his profession since taking over the reins from long-time boss and legendary mentor Michael Jarvis in 2011, saddling over 500 winners, including more than 60 stakes victories across the globe.

Having trained out of Kremlin House Stables on Newmarket’s Fordham Road for the first six seasons of his career, Roger secured a personal-best tally of 109 domestic winners in 2017, his first year operating out of the historic Carlburg Stables on the adjacent Bury Road, the former base of pioneering globetrotter Clive Britain.

2017 will be best remembered for Roger’s flair with his international raiders having saddled Sheikh Ahmed Al Maktoum’s Nezwaah to win the G1 Pretty Polly Stakes in Ireland and Ajman Princess to win the G1 Prix Jean-Romanet at Deauville.

The latter carried the yellow and black-spotted silks of Sheikh Mohammed Obaid, who also owned the highest-rated horse to pass through Roger’s care in the form of Postponed, an elegant son of Dubawi whose hat-trick of Group 1 victories in the Sheema Classic, Coronation Cup and Juddmonte International led to him being crowned Timeform Champion Older Horse in 2016.

Alongside Belardo, who won the G1 Lockinge Stakes at Newbury in the same season, Postponed helped to secure a domestic prize-money tally of just shy of £2,400,000 and a global total of over £5,000,000 for the calendar year – Roger’s personal-best tally by that indicator.